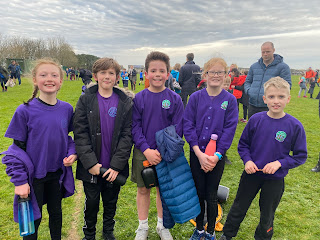 On Tuesday, as you may know, it was the cross country finals! The runners did very well to make it into this race as they had to be the top 10 in the first round. There were so many other schools at this event.

We want to say a big well done to Noel in Yr 4, Ella A. in year 5 and Hugo, Aidan and Evelyn in Yr 6. It was a huge field: Yr 4 had to run 800 metres which is 2 small laps; Yr 5 had to run 1200 metres which is 1 small lap and 1 big lap; and Yr 6 had the trickiest job of all and that was to run 1600 metres which is 2 big laps. It certainly tired us out - we were all puffing by the end! We all did a great job (not making any medal positions this time round) but we are very proud of where we got in this huge competition with many, many schools. 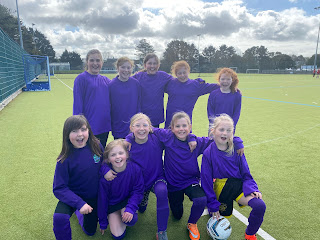 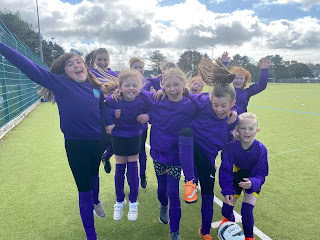 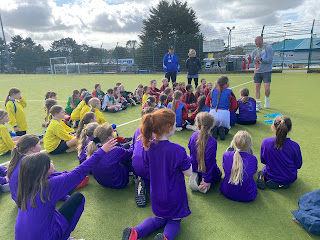 On Thursday the Pencoys girls football team from Year4, 5 and 6 went to a football tournament at Pool Academy.

Then they played Portreath; with a cracking goal from Kelsey played out from the back crossed in by Ellie and smashed into the top corner by Kelsey and another goal from Ellie that finished the game with a 2-0 win. The final game was against Treloweth 1 and we won 1-0. This then resulted in Pencoys having 10 points finishing second in the league and progressing to the semi final.

All the girls were over the moon to achieve a semi final match V Treloweth 1. This was a very close semi final with no score in the end, which led to a penalty shoot out, to be decided by 3 penalties. This went down to the last penalty that Lali saved with a great catch from the top corner. Allowing Pencoys to progress to the final.

Pencoys girls gave it their all playing some fantastic football and coming close to scoring a number of times. This was a tight and very close game that again finished 0-0. Going to another Penalty shoot out. Unfortunately, Treloweth 2 had an amazing goalie that saved 2 of our penalties resulting in a 2-1 loss and Pencoys coming second in the overall tournament.

Player of the tournament was given to Ellie Duffield for her overall effort, dribbling and taking players on one v one.

Massive well done to all the girls that took part it was a great team effort. 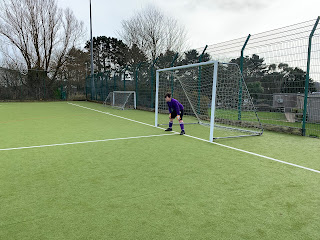 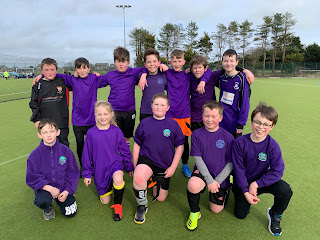 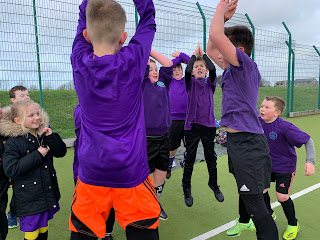 The Pencoys football team had their first tournament this week and had a brilliant outcome. Even though they hadn't had any training together, they received a 3rd place result and a Player of the Tournament, medal.

The first game played was an extremely close loss to Treloweth, but after a team talk and a quick break, the Purples managed to grasp the victory and raise the spirits of every player on the team. But! This would have never been possible if it wasn’t for Ethan in Year 5, who scored a first touch goal straight into the back of the net! The next game was another close lose which was only conceded by a small blunder in midfield but they kept confident and got a draw that led them on to play and get the same result twice more!

But now, they were through to the semifinals, playing against one of the strongest teams of the tournament... after Samuel in Year 6 made a great save, a foul was conceded and the opposition had a free kick. Samuel was just about to reach it but it was just too fast and it went straight into the back of the net which brought Pencoys to the loss...

Now comes the most stressful part, the fight for the third place... After a hard game it was brought back to penalties... with the Euro 2020 final in the back of their heads, they entered the shootout with their heads hung low. But if it wasn’t for Dylan (Year 6) and his super calm saves, along with Callum’s (Year 6) awesome goal- they would have never made it to third place!

At the end they all sat around the main coach and Treloweth and Penoweth received their trophies.  Next came the Player of the Tournament trophy, that was actually given to our team captain, Hugo Craig in year 6!

So, after working their socks off in the Crofty Tournament 2022, the Purples headed off with high heads and plans for the future. 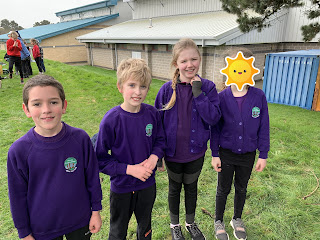 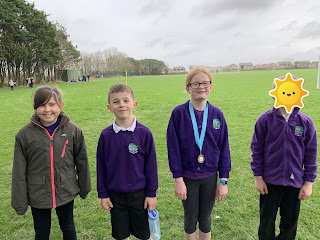 It has been absolutely fantastic to start our inter-school sports competitions again. On 17th February 2022, 13 children from Y4, Y5 and Y6 took part in the Crofty Cross Country Race. Year 4s raced 800m; Year 5 1200m; and Year 6 1600m. A huge well done to all the children for taking part in the event and for all the children who showed interest in the trials. The children showed excellent resilience in being able to complete the race. Well done in particular to Noel (6th), Liam (7th), Ella A (3rd), Evelyn (10th), Aidan (8th) and Hugo (10th) for making it through to the Peninsula Finals that will take place on Thursday 17th March.

Written by Ella A (Year 5) On Tuesday, as you may know, it was the cross country finals! The runners did very well to make it into this race...